Ghetto Kumbé have shared the second single “Sola” off of their upcoming self-tilted debut album out July 31st via ZZK Records. A second preview of what’s to come from the project “Sola” is a dreamy escape from the current state of the world.

With everything in the world at a stand still, all confined with the frustration of an unpredictable future, Ghetto Kumbé embarks on an astral journey giving wings to escape the nightmare of chaos and overwhelming feelings during this time. It is a song that makes transcends our minds into something light, like the wind that breaks in the waves, crossing mountains and dreams, free from fear and from this world that is falling apart.

According to Edgardo Garcés ‘Guajiro’, director and singer of the band, “Sola” is a way of saying that we have to remove all the bad that is inside us. “It is learning to live with all this, because time passes. Everything we go through, those negative feelings and thoughts, we also have to let them fly.”

Ghetto Kumbé brings political content to an Afrofuturist mixture of sounds that spread between Latin America, Africa, and Europe. The track’s hard-hitting yet light-hearted beat is highlighted by an ominous toll, signaling a call to the people to defend their rights and land. The gaita, a traditional instrument originally played by the indigenous people of Colombia’s Caribbean coast, provides a smooth, melodic background layer to lyrics of resistance and African-influenced drum breaks. Oliver Williams aka The Busy Twist (UK) adds his own touch as co-producer of this track and those to come on the upcoming album on ZZK Records. The pre-order for the upcoming LP is available here. 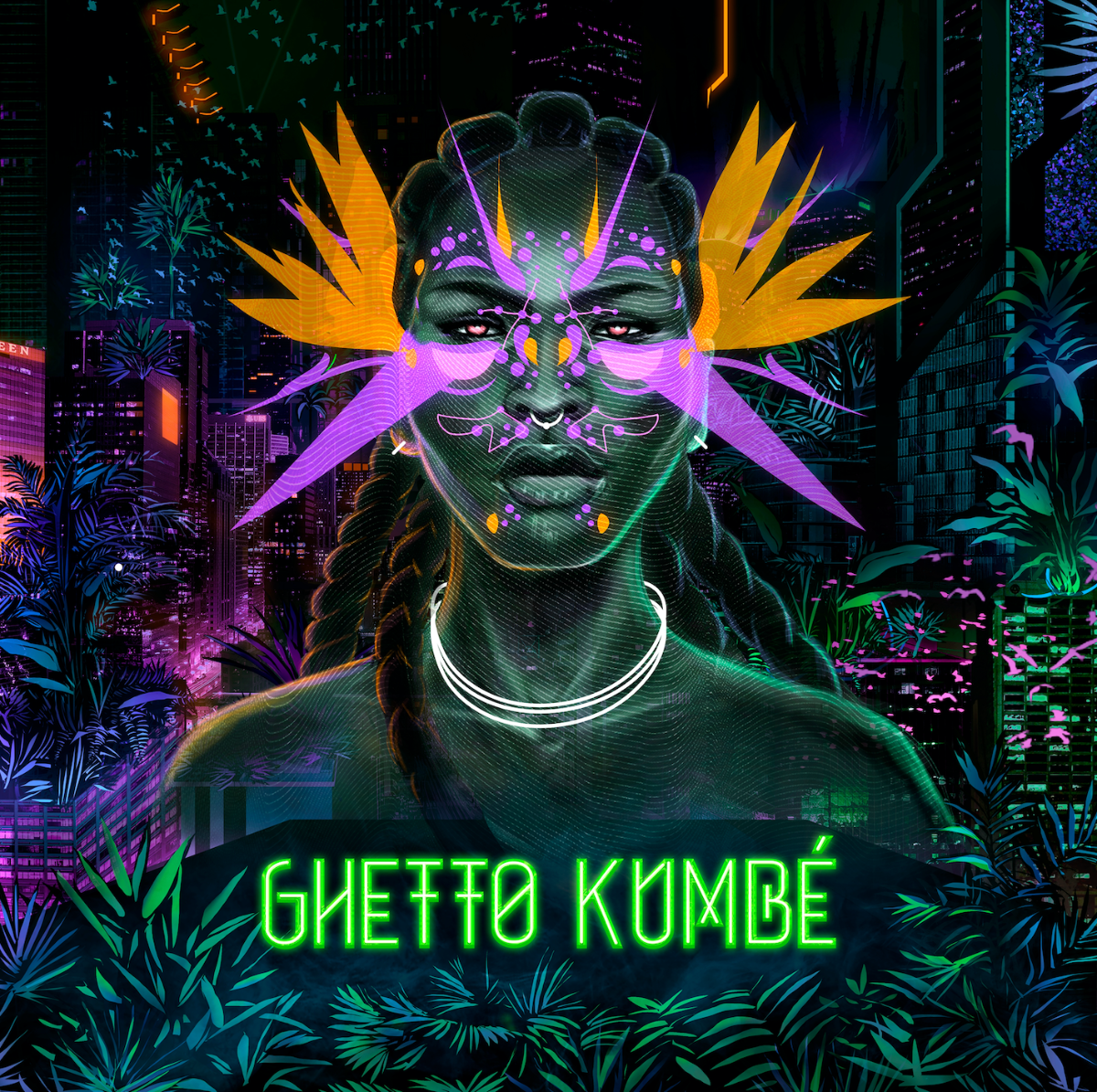 Raised on Colombia’s Caribbean coast and united by its capital, Bogota, Ghetto Kumbé combines the rich musical heritage of their home, to invoke the spirit of digital rumba in audiences all over the world. The secret behind their irresistible electronic ritual lies in their powerful percussion base; Caribbean house beats and traditional afro-Colombian rhythms inherited from West Africa. The album’s co-producer, The Busy Twist, adds all the legacy of UK’s Bass scene to the Afrofuturistic sounds of the 3 Colombians.

Inspired by the different revolutionary movements emerging all over the world, Ghetto Kumbé will release their first full-length album in 2020 on pioneering Latin American electronic label ZZK. Their self-titled debut is visceral, committed, and rebellious, denouncing through frantic rhythms the inequalities and abuses imposed by corrupt governments, while simultaneously enticing listeners to join in the fight. Dance mingles with awareness to create a global community, where family, friends, and strangers come together through our shared love of music and activate change amongst themselves.

Using musical motifs from Africa and Colombia’s Caribbean coast such as the gaita, call-and-response vocals, and an array of hand drums and rhythms, coupled with the elegant electronic production of Tech/House, Ghetto Kumbé creates an Afro-futurist soundscape with lyrics to motivate, elevate, and inspire.

Their first single to come out, ‘Vamo a Dale Duro’, is a fluorescent criticism of the unjust divide between the poor and the rich, the rising prominence of dirty politicians, and the ethics of the capitalist system while encouraging people to stand up and fight for a dignified existence. The album’s tone fluctuates fluidly between tracks that include ancestral chants, voices both deep and resounding, and anthems to uplift and inspire, as well as features by up-and-coming Réunion island artist Melanie and the Palenque-based folk/hip-hop band Kombilesa Mi.

In the Americas, Ghetto Kumbé has become one of the most important alternative groups to come out of Colombia. They’ve played Barranquilla’s world famous Carnival, Bogotá’s recent Boiler Room, and have even opened for Radiohead. The ancient yet modern sound of the three powerful musicians has made them a legitimate representative of the new Afrohouse scene burgeoning all over the world.